A beginner-friendly mountain with several trails and rewarding views, Mount Kearsarge is one of the most popular peaks in southern New Hampshire. The mountain tops out at 2,937 feet and spans the towns of Andover, Salisbury, Warner, and Wilmot.

The mountain features an exposed-granite summit with a fire tower that offers sweeping views in all directions. On a clear day, it’s possible to see the Boston skyline. The trails leading up Kearsarge are relatively short, making the mountain a good option for beginners and children. However, there are some steep and rocky sections, so climb with caution. One of the great views available on a hike up Mount Kearsarge..

Trails from two state parks—Winslow and Rollins—lead to Kearsarge’s summit. The former is located on the mountain’s northwest slope; the latter on the southern slope. From Winslow, you can take either the Winslow Trail or the Barlow Trail. The two trails can be also combined to create a loop hike. The Winslow Trail is just over a mile long from the parking area to the summit. It’s rocky and steep, climbing roughly 1,100 feet to the peak. The summit of Kearsarge affords panoramic views of the surrounding countryside.

The Barlow Trail features a gentler ascent than Winslow, and offers scenic views from several spots along the way. If you’re making a loop, it’s a good idea to ascend via the Winslow Trail then descend via Barlow, rather than descending the steep, rocky terrain of Winslow.

If you’re looking for a more challenging climb, take the Lincoln Trail from the Kearsarge Valley Road parking area. This is the least-used trail up Kearsarge. It climbs over Black Mountain’s western ridge on the way to Kearsarge, and passes through hardwood and hemlock forests and a scenic birch grove during the roughly 4.5-mile route to the summit. 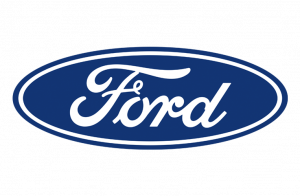