The so-called “Ghost Trains” that reside in the woods between Eagle and Chamberlain Lakes make a fascinating destination for snowmobilers in north-central Maine. The trains are only accessible by sled in winter, and make for a solid day trip from Shin Pond Village in Mount Chase. Shin Pond Village is a Polaris Outfitter, and offers sled and gear rental, as well as lodging, fuel, meals and parking. The trail to the Ghost Trains runs over frozen Chamberlain Lake.

The ride to the trains is roughly 65 miles each way from Shin Pond, and takes you along ITS 85. The trails are groomed by Shin Pond and Libby Camps, the latter a venerable sporting camp on Lake Millinocket that also offers fuel, meals, and lodging in rustic cabins. Located at about the midway point to the trains, Libby’s makes an ideal lunch stop, either before or after you visit the trains (depending on how early you start). The food is excellent, by the way. The log tramway between Eagle and Chamberlain Lakes was an engineering marvel in its time.

From Libby’s, the final leg to the trains takes you across Lake Millinocket, through more woods, and down the length of 13-mile Chamberlain Lake to its northwest corner. Not far from where the trail re-enters the woods, you’ll find the remains of the steam-powered Eagle Lake tramway that was once used to shuttle logs to the shores of Chamberlain Lake from 1902 to 1925. From there, the logs were dumped into the water, driven down the lake and into Webster Lake via the manmade Telos Cut, and thence to the East Branch of the Penobscot River and finally to the mills in Bangor.

That all changed when the locomotives arrived in 1926. 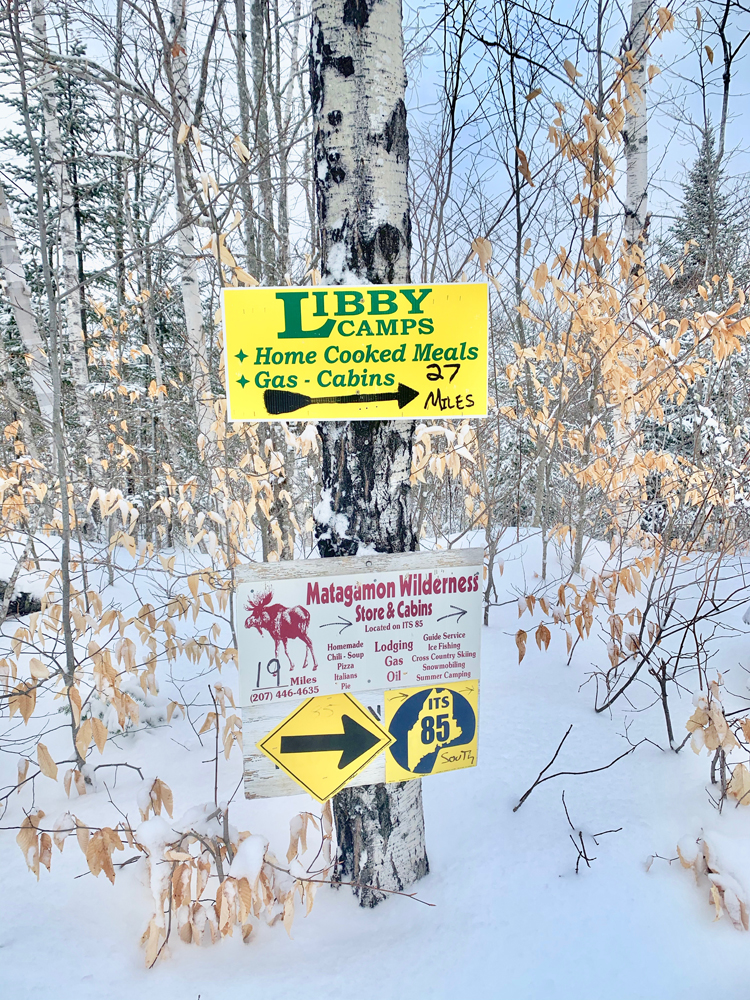 A sign on ITS 85 points the way to Libby Camps and the Ghost Trains.

The trains themselves (actually a pair of 100-ton steel locomotives and their fuel cars) occupy a clearing in the woods, adjacent to the old railway that once ran for 13 miles to Umbazooksus Lake.

Owned by Great Northern Paper Company and known as the Eagle Lake and West Branch Railroad, the log-train operation began in 1926 and replaced the former Chamberlain-Webster-Telos Cut route.

It worked like this: Logs from the interior forest were floated down Eagle Lake and loaded onto two conveyors that carried them up a 25-foot-high ramp and dropped them into 10 waiting train cars. Once the cars were filled, a locomotive pulled them over a 1500-foot trestle that extended over the northwest arm of Chamberlain Lake and eventually on to Umbazooksus Lake, where the logs were again dumped in the water and driven south to Lake Chesuncook and into the West Branch of the Penobscot River. As the empty train returned to Eagle Lake, the second locomotive would be preparing to leave with another full complement of log-filled cars. The two trains would pass each other on a set of passing tracks in the middle of the single track railway. The trains ran day and night, and during an average week, more than 6,500 cords of wood eventually moved across the tracks.

One can only marvel at the amount of work it must have taken to ship the locomotives, rails, cars, fuel and other supplies deep into the Maine woods. Ironically, the railroad was only used for six years, when it was ultimately abandoned in 1933.

Learn more about the Ghost Trains. 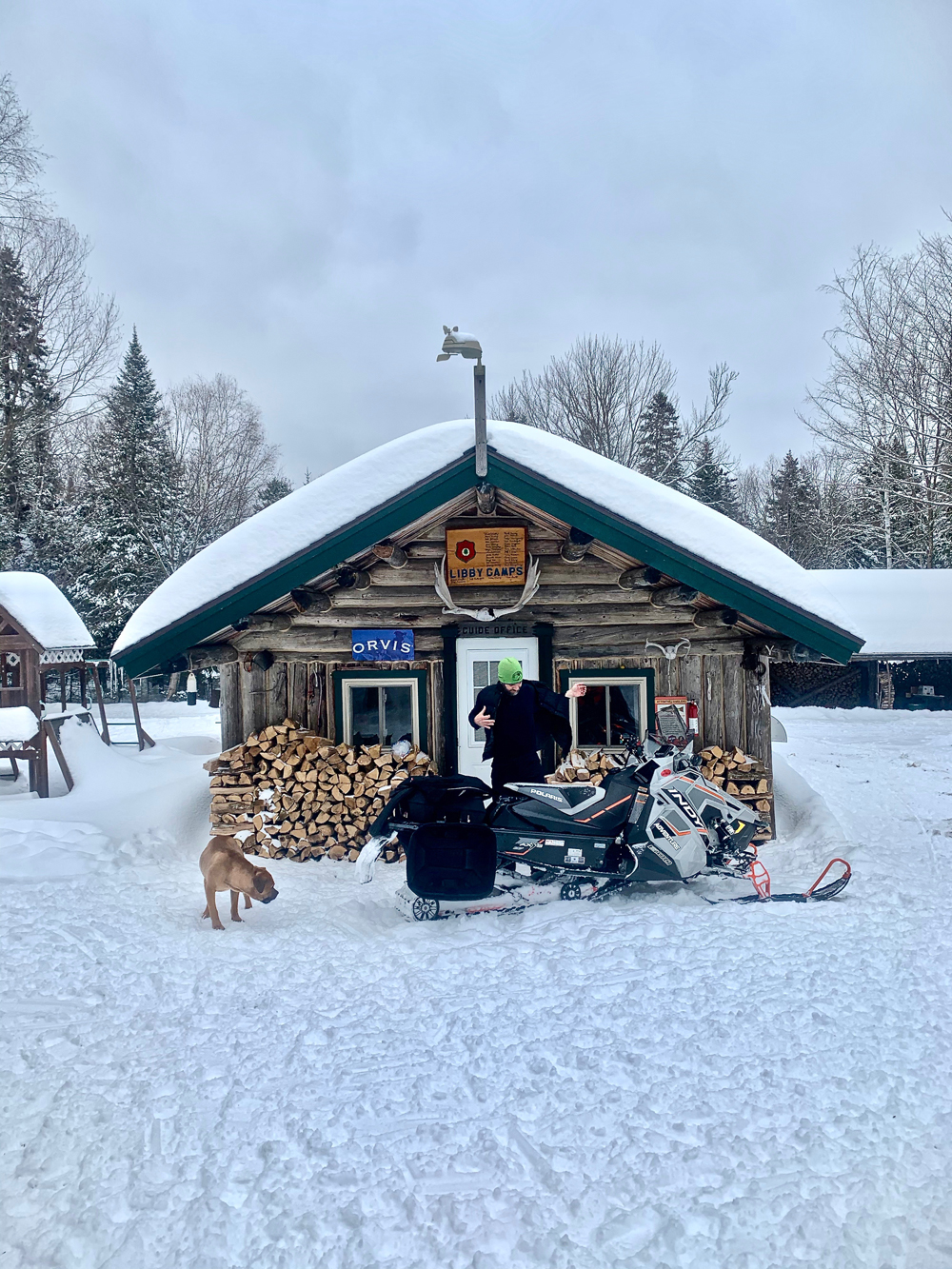 Riders can spend the night at Libby Camps.